This update contains a number of smaller display improvements and tweaks. Enjoy! 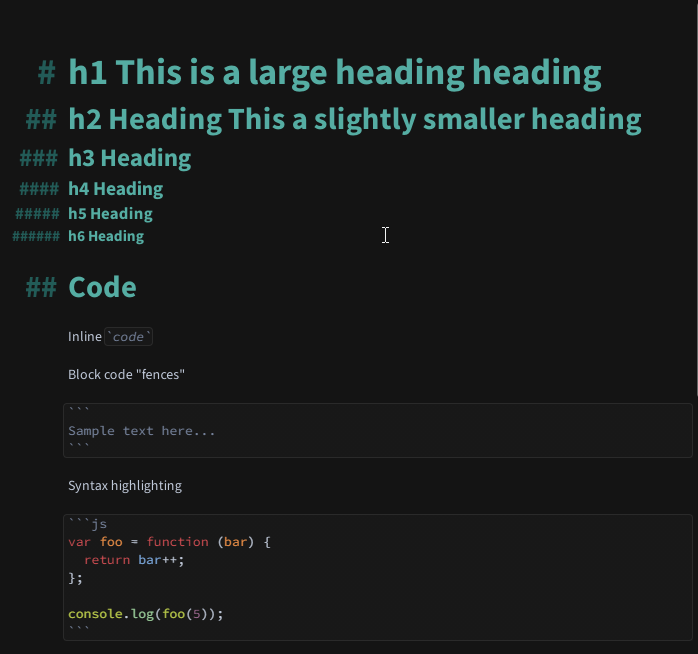 Because this is much less compact, and may not be desirable for all users, it can be disabled in the Appearance section in preferences.

The appearance of inline code and code blocks have also been updated, and look a bit fancier. Code blocks created by indenting text, rather than wrapping with backticks, will look slightly different, but I’m planning to improve that in the future.

Also, rendered songbooks are now more compact with regard to line spacing in the preview window. 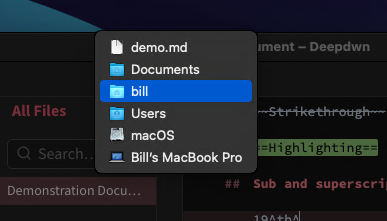 Deepdwn now supports a mac-only feature: file representations in window Titles. Mac users can now command-click the filename in the window heading to show a dropdown path to the current file.

Will be rendered this way:

The HTML specification is maintained by the W3C.

The itch.io page has been slightly updated as well to reflect new features that have been added since launching, remove some less important features, and update some images where the design has changed.