This update adds a bunch of stuff!

This and UI scaling are the two most important features I've wanted to add. It (hopefully) works the way you'd expect. 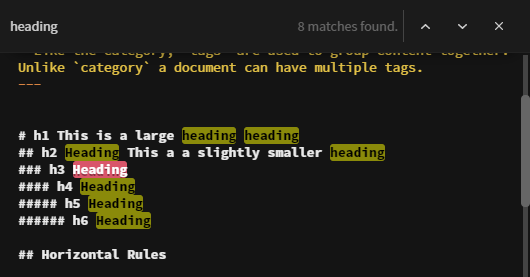 You can now scale all text and UI together using the View menu, or the Ctrl/Cmd + Mousewheel. I don't have a screenshot for this but you can move your head closer and further from the screenshot above to simulate it.

State diagrams are similar to flowcharts, but emphasize changes in state. 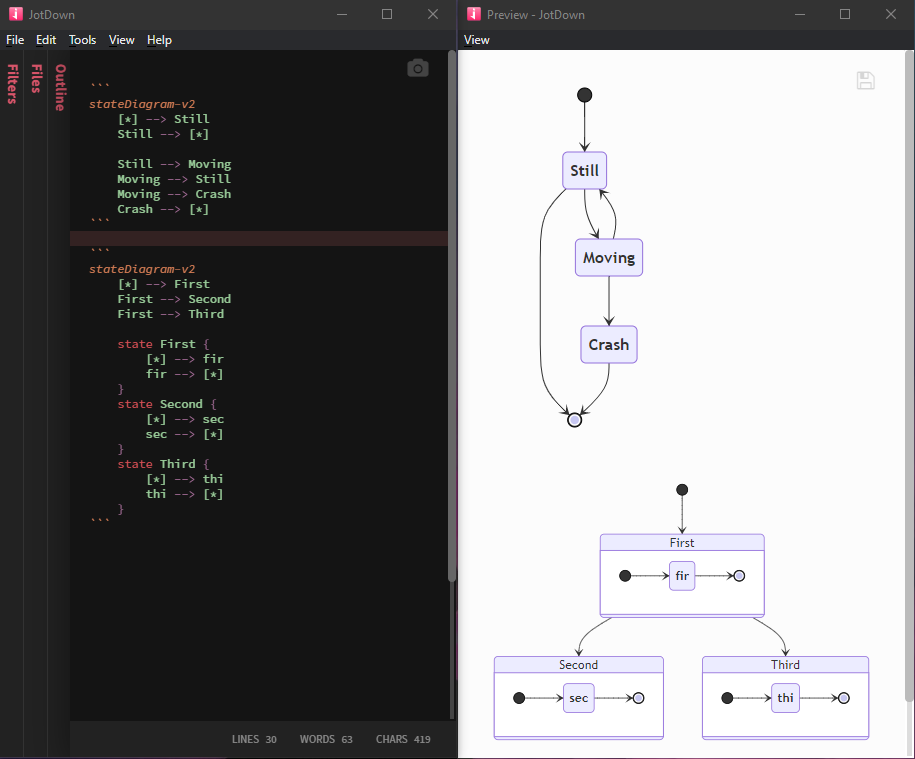 I accidentally excluded this one from the "Show Me an Example" file, but it's still supported in the current version, and the example will be fixed in the next update.

This is really a beta test for an expanded graph type. Flowchart adds more arrow types and subgraphs, but shares the same syntax with graph. Eventually, both flowchart and graph will share the same features. 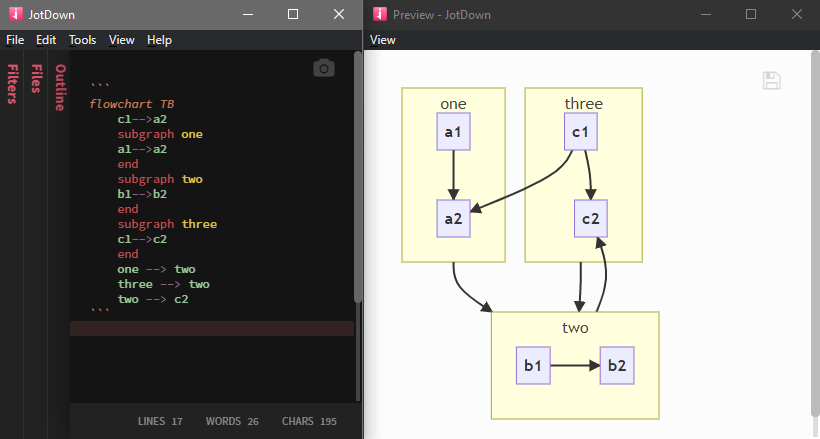 Custom syntax highlighting has been added for all supported chart and music block types. Here are some examples: